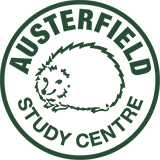 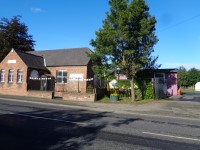 We have quite a history 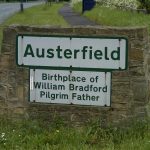 The 100 acre nature reserve behind the centre was donated in 2000 by Hanson Aggregates. It is managed by The Mosaic Trust so the varied habitats can be protected for wildlife, and the site maintained for future generations to enjoy. During the 50 years of quarrying activity much of the area has regenerated into heathland.

Alongside the untouched woodlands this offers a superb, safe area to study the natural environment.

Where we are today

In 2015 we received a grant of £50,000 from Wren (now FCC Environmental) to refurbish most of the old school house. This became the William Bradford Room - a warm, welcoming community space. Unfortunately some unexpected structural problems cost an additional £15,000 of our reserves to remedy. Hence further renovation plans had to be deferred as grant money for such work proved elusive. See what changes we made here!

However, early in 2016, an ambitious project of low-cost refurbishment work started thanks to a local retired teacher. His excellent design and woodworking skills prolonged the life of some of our old buildings & also provided us with a traverse wall and bird hide. This work was supported by several groups of volunteers – from the Green Tree Pub in Hatfield, students from the National Citizenship Scheme, plus a few pupils as part of their Duke of Edinburgh Award.

In July 2017 we installed our new £120k residential building after months of fund raising and hard work! Attaching some refurbished portakabin modules to an existing classroom gave us two new dorms. In addition The Jarratt Building encompasses several wet rooms (complete with flushing toilets for those who remember the old ones!), teachers bedrooms and a cosy communal area. It has received lots of positive feedback from visitors and given the site a much more modern look! 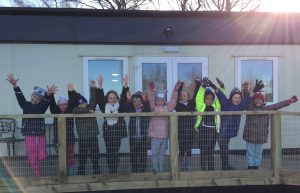 We don't believe in standing still and are always looking for ways to improve our facilities. Unfortunately the recent pandemic has cut our income to 10% of normal with limited hope of recovery this academic year. With staff on furlough, volunteers' time was spent tidying and deep cleaning the site in preparation to receive visitors once more.

Now we have reopened and are starting to rebuild our savings. We hope to establish a rough campsite for school and community groups to use. We are seeking the funding to help us achieve this and would also love to add a high ropes course for our more adventurous visitors! 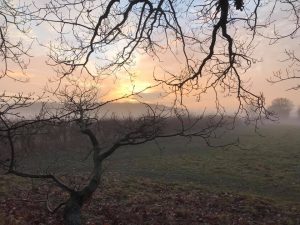